SHVPES are fast becoming one of the most hotly talked-about young alternative acts in the UK. Hailing from Birmingham, the four-piece have witnessed the rise and rise of the SHVPES name since their storming entrance onto the scene.

The band already have an impressive touring CV under their belts, having supported Bring Me The Horizon, Bullet For My Valentine, Sleeping With Sirens, Crown The Empire, Asking Alexandria, Fightstar, While She Sleeps, Young Guns and Northlane. Aside from their own UK headline tours and festival appearances (Download, Y-Not, 2000 Trees, Victorious, The Great Escape), SHVPES notably raised their profile in Europe in 2017, joining Trivium throughout the UK and Europe in February and March, performing to 36,000+ fans. Elsewhere, the band played their biggest European festivals to date, including Rock Am Ring, Rock Im Park, Graspop and a Main Stage slot at France’s Hellfest.

Never ones to settle for half-measures, the band have just raised the bar on their highly anticipated sophomore record, ‘Greater Than’. Released in November 2018, the album was recorded with Jim Pinder (Bullet For My Valentine, Machine Head, While She Sleeps). ‘Greater Than’ is truly genre-defying; combining hip-hop and metal, plus alternative rock and urban elements. This is heavy music for the adventurous and open-minded.

In support of the record, the band hit the road for the majority of 2019 covering all of North America, Europe, and capping things off with their biggest UK headline shows to date; London Underworld & Birmingham Mama Roux’s. Finishing the year by releasing a selection of re worked acoustic tracks from ‘Greater Than’, the band have shown that they’re not afraid to breakdown artistic boundaries and continue to grow into one of the UK’s most exciting young bands. 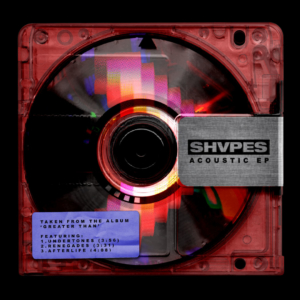