The three piece who sound like an eight piece have already played dates with such bands as Queens Of The Stone Age, The Subways, Funeral For A Friend, 30 Seconds to Mars and Biffy Clyro to name a few. By the time you read this the group will be treading the board’s of this summer’s festival circuit. Recorded music is set to follow.

The music made by In Case Of Fire is a beautiful noise, an incandescent and commanding thing that lives somewhere between the three neighborhoods of alternative, independent and rock music. The band – whose line-up is completed by guitarist and vocalist Steven Robinson and bass player Mark Williamson – are a power trio in the most exciting sense of that term. Through songs such as Align The Planets and The Cleansing the band combine melody and muscle to mesmerizing effect.

Listening to the In Case Of Fire’s music, it’s hardly surprising that so many people, from so many different quarters, are looking at them to succeed.

But before they could experience all of this, first the band had to pay their dues. You might call it gaining experience, you might call it getting a splash of puke on your shoes – either way the musical gods seemed determined to make sure that In Case Of Fire <

The story begins in Portadown, Northern Ireland. Brothers Steven and Colin Robinson form a group, and they call themselves Element. The band are joined on bass by Mark Williams. In a spirit of derring-do they book themselves a series of gigs in Melbourne, Australia. They fly via London, New York, San Francisco and Sydney and make their debut on the other side of the world. Back home in the Six Counties, they gig and work as hard as they can. Their ‘can-do’ spirit leads to Element landing support slots with Muse, Feeder and Frank Black.

Within a couple of years, though, and following the pursuit of many dead ends, Element reached the end of its natural life. This is a crucial part of the story, because the group didn’t simply change its name to In Case Of Fire, rather it became a different band completely. It was a metamorphosis. Each one of the 30 original songs written under the Element name was jettisoned, as too was the visual aspect of the music. Out went t-shirts and jeans, in came stage wear. The group recorded some songs and sent out CDs in mysterious packaging. The response was impressive and immediate. No one knew who they were, or whom they had been.

“We wanted to people to know that In Case Of Fire was a completely new group,” says Steven Robinson. “The music sounded harder and edgier, and people immediately understood that this was something different.”

In Case Of Fire made their live debut at the Brixton Windmill, supporting Fightstar. According to Mark Williamson the band then made it their business “to play every venue, big or small, we could in Northern Ireland.” This they did. They also toured the UK in a car, sleeping where they could, one night catching a fraction of 40 winks in the bar of thevenue in which they’d earlier played. The landlord told them to stay silent should the police come knocking.

Soon enough In Case Of Fire were signed by an independent label in Washington DC. Great, thought the band, <

The music they were making, though, sounded great, and the three members of the band knew that they were finally on to something. It’s just a pity that the label in the States didn’t agree. Because of this and other complicated factors (lies, lies and more lies) In Case Of Fire had their record contract terminated, by email and with immediate effect. They had half an album finished and no money or label left.

“If it wasn’t for the fact that we were halfway through recording the album,” says Colin Robinson, “the band would have been over. We just didn’t feel we could face any more setbacks. It was so disheartening.”

And then – finally – things began to go right. The musical gods had decreed that In Case Of Fire had paid their dues and could now proceed. Finally, things began to go their way. Soon enough they attracted the interest of a manager, Craig Jennings (who also looks after the affairs of Gallows and Bullet For My Valentine) and began to attract media interest from outlets such as Channel 4’s Planetsound and Kerrang! magazine.

“I know that if people listen to our music they’ll realise that we’re something different,” says Colin Robinson. “They’ll realise not only that we’re a good band, but that we’re also a band that wants to make a difference. We really do. We work so hard at what we do, we’re merciless in getting it right. Anything that’s mediocre is weeded out. It’s gone. What remains is as good as we know how to be.” And what remains is very, very good indeed.. 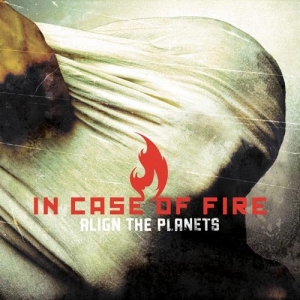