Mark Holley (2021) – The Digital Deluxe release of this record is something we wanted to do immediately upon writing the songs a couple of years ago. We knew the length of the record would be too much to include everything in the initial release, but now those first 9 tracks have had time to set in for everyone – it feels like the perfect time to release the extended version.

45 is a song written with the old lineup (Ant and Tris) and it’s just a great fun way to warm up, start a set, attack the day. Whatever. It’s completely unapologetic and wild. It is as simple as you like and I think people will love it for that.

End Of is the band just locking in those free-form noise sections. The intro for that song just had one direction and that was to get as Sonic Youth with it as we could haha. When recording we decided to flip between all of us live in the room to completely locked in on the grid separate. That whole first section is the three of us wailing noise in the live room and when it snaps into the main song it gets super refined and clinical. It’s a cool contrast.

Witch Mountain is us just having fun as a band. One of the first tracks we wrote with the new lineup just experimenting with sounds, styles and movement. You can just hear us having fun playing that song and trying everything. Jack sent me a sample of an iPhone recording he recorded in a coffee shop in Japan a few years back, and we just decided it would be a great way to close a song with a trumpet solo over the top, because why not. It’s one of my favourite moments on the entire album, hah.

Use Me was written during one of my insomnia spells a couple of years ago. When I lived in Bristol and I couldn’t sleep I used to walk over to the suspension bridge and listen to Radiohead whilst the sun came up like the pretentious wanker that I am. One day I forgot my headphones and I just sat with my thoughts, and one of the first times in writing I just started to hum the melody that became the guitar part to Use Me. Just sang it into my phone and wrote it that morning. I love it with writing when after years of writing songs one way you unexpectantly flip the script and a song forces itself to be made using you as the vessel. You’re just there for the ride. 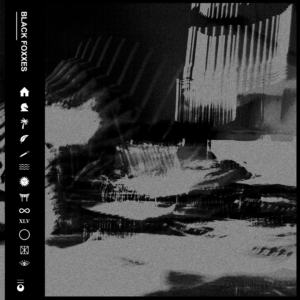