‘Brainwashed’, the second full-length from Sheffield’s While She Sleeps, is not just an album. It’s a mission statement. It’s the culmination of what the band’s five members – vocalist Loz Taylor, guitarists Mat Welsh and Sean Long, bassist Aaran McKenzie and drummer Adam Savage – went through in order to make it, a physical manifestation of pure triumph in the face of adversity. It’s an album that got made both in spite of and because of the things that threatened to prevent that happening – serious trouble with Taylor’s vocal chords that required two bouts of surgery and which essentially delayed the making of the record by a whole year. Suffice to say, for everyone involved, the fact that ‘Brainwashed’ is – almost – finally here, is a both a big relief and huge cause for celebration.

“We put so much fucking time and effort into it,” laughs Adam. “It’s not gone the way we planned, but it’s come out exactly how we wanted. It’s one of those blessing and a curse situations. But I wouldn’t change anything. We needed that time for us to produce the album. It’s just a better version of us. It was a bit rough at the time but I don’t think anything’s easy if you put that much passion into it. There’s good times and bad times.”

“I think,” adds Loz, “it proves that going through weird stuff that can affect the band and us as mates, is something that we can guide each other through.”

What’s truly remarkable about the whole situation is the way the band dealt with it. Rather than let it get them down, they rose to the challenge, and turned what could have been a disaster to their advantage. “Loz found out about his throat condition just before he was going in to record,” explains Aaran. “It was very weird. But it did give us more time to work on little bits and guitar parts, and I don’t think the album would be what it is if it wasn’t for the time that we had with it. So every cloud does have a silver lining.”

That’s an understatement. Produced by Colin Richardson and Carl Bown, the album’s eleven songs are a terrifying force to be reckoned with, a barrage of belligerent sound that straddles and combines a variety of genres the band would prefer you to just call “alternative rock”. Musically, it’s a sophisticated step up from their ‘This Is The Six’, their 2012 debut full-length, one that’s catchy and confrontational in equal measure. Just listen to the anthemic chug of ‘Four Walls’– a song, no less, that Sean’s grandmother says she likes.  The powerfully unrelenting and irascible ‘Trophies Of Violence’, or the epic grand finale of album closer ‘Modern Minds’, which soars into a crescendo full of grace and strength.  Lyrically, too, and as its title suggests, ‘Brainwashed’ pulls no punches. Instead it delivers a formidable indictment of the way the media tries to control people.

“The title of the record,” says Mat, “isn’t something you’ve never heard before. We’re just saying it to reinstate the fact you’ve probably forgotten how brainwashed you really are. You’re so used to being constantly fed advertising and media that you almost forget how much it’s constantly around you and how much you’re essentially obeying it all. We’re not saying we’re not victims of that. We’re complete victims of that. We’re selling music. It’s the same thing. But because we know what we’re doing, it’s like how can we brainwash something positively, rather than something that’s going to kill you or isn’t going to do you any good.”

Inspired by their experiences in making this record – and their triumph at finally getting it done some 13 months after they first went into the studio in November 2013 – a sense of hope does indeed flow through these songs. Yes, there’s rage and anger, but it’s channelled into something positive, something inspiring.

“I feel like there are so many bands out there,” says Loz, “in a position where they can say what they want, but I feel like a lot of the time it’s wasted. Even though it goes backwards and forwards from negative to positive, what we’re trying to do is put out a positive message at the end of it. Especially for me, when I was a young kid getting into metal, there was a real sense of unity there, and I think going to local shows and coming through that sometimes has lost its unity and it’s not for the same sort of reasons. The unity is gone, and I think we’re trying to bring it back and I think that comes through with how gang vocally the new stuff is. We just like the sense of unity and the album for me has a working together for the greater good sort of vibe. That’s kind of the long and short of it.”

“We hope we can make a difference,” says Aaran. “Anybody with a platform to speak out to people, they should do the right thing, and we think this is the right thing. I’m not saying we’ve got any answers, by any means, but we just want to make people more aware.”

A lot of that positivity comes from the band’s devoted fan base, who have stood by the band throughout the whole thing. It meant that, while the band might have lost a little bit of momentum, their fans – who they prefer to call their family – helped them out every step of the way.

“There’s been a lot of support,” says Loz. “The fact that people are still buying the bands t-shirts to keep us fed and watered has given me a kick up the arse to make sure this recovery goes right so that we can get back onstage and enjoy it. Without the Sleeps fans, we wouldn’t be able to do it.”

“This album,” says Sean, “is probably the most important thing we can collectively say we’ve been a part of. So it’s quite a big deal! Given the amount of shit we’ve been through lately this album is made from our own feelings. We’ve had such a tough year and it’s all been crammed into this one thing that we’ve called ‘Brainwashed’.”

“It feels like the record where everything’s come together for us as a band,” adds Mat. “It’s an honest representation of who we are as people and what we’ve been through the last few years. It’s a very definitive record. It’s everything we’ve been working towards, and we all adore it.” 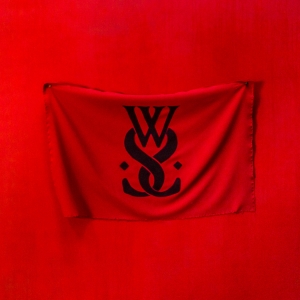