All of the greatest bands to ever plug into an amplifier wanted to change the world. Be that by their socially or politically charged lyrical narrative, their musical power and aggression standing tall to rebel against the tidal wave of shit dominating the airwaves or creating something totally unique due to the frustration and stagnation of what their peers around them are serving up. Meet Sheffield’s While She Sleeps. How do they want to change the world? By channeling all of the above into their phenomenal debut full-length album, ‘This Is The Six’.

“We want this to be an album that people can grow up to,” says guitarist and founding member, Mat Welsh. “We’ve grown up to landmark albums by Slipknot, Thrice and bands that meant the world to us and we want this album to mean the world to people. ‘The six’ means ‘Sleeps’; there’s 6 letters in the word sleeps. We’ve all got a 6 tally chart tattooed on us. We want this to be a cult that people can join and believe in and seeing the 5 grouped together next to the one is a reminder that you’re never alone. We wanted to say ‘This is While She Sleeps’ to the world.”

Since the release of their mini-album, ‘The North Stands For Nothing’, in the summer of 2010, While She Sleeps have been on a trailblazing path that has seen them become one of the fastest rising bands on the UK hard rock and metal circuits for some years. From a sold out headline tour, their tent-swelling set at last year’s Sonisphere festival, venues on this year’s prestigious Kerrang! tour having queues of people snaked around the block so that fans could get in to see Sleeps open the bill, critical acclaim across the pages of Kerrang! Metal Hammer and Rock Sound and regular plays on Radio 1, Scuzz and Kerrang! TV, the Sheffield natives have rapidly and justifiably become one of the highest regarded rock bands in Britain.

“It feels like we’re building an army and that the people that have started following us are as much a part of this as we are,” says Mat. “We’ve felt like respect’s been building and the crowds are getting bigger and people telling us songs have helped them get through tough times reassures you why you do this and we want to take it to as many people as we can.”
If things feel as though they’re reaching boiling point at present, things are set to go supernova following the release of ‘This Is The Six’. A tour de force of everything that’s great from across the landscapes hard rock and metal, it’s a genre-defying masterpiece that draws from the contemporary intensity and unshakeable authenticity of post-hardcore, the progressive song-structure and unrelenting aggression of metal, a keen ear for melody and a raw impenetrable passion that makes it relatable to anyone with a love for guitar driven rock music.
“We’re trying to open people’s eyes to the genre problems within the rock music scene,” explains vocalist Lawrence Taylor. “People are strict about putting things in a certain box and we’ve made an effort to make something that can’t be defined in that way. If people think we’re hardcore, there’ll be a piano out of nowhere. People will think it’s metal and then it’ll get super melodic and stripped down. I want it to be an eye opener and for people to like it no matter what musical tribe they’re from.”

Not only is the album rich with musical diversity and a sound that is uniquely While She Sleeps, it comes with a voice that refuses to be silenced. Addressing issues that currently plague Britain, from the frustration of disenfranchised youth and staunch political issues to stirring feelings of patriotism and the work of their forefathers, it’s an album that spits in the face of the notion that rock music is boneheaded and applies a fierce bite missing amongst so many of their peers.

“Rather than have an album that screams about tearing people’s heads off and standard rock clichés, we want to use this platform to have a voice and say things that hit home to people,” enforces Lawrence.

“It’s not just saying that the country’s shit, we’re trying to provide solutions and challenge people to step up and change things,” adds Mat. “The lack of respect shown by people for the country we live in and the things our forefathers fought for runs deep throughout the album.”

Fuelled by a militant DIY punk rock ethic (the band design their own artwork and t-shirts, send their own merch by hand and insisted that only the members of the band performed every last note on the record), while success has been forthcoming at a staggering rate in Britain, Sleeps have already got an eye on world domination.

“I want this to be an eye-opener for America,” says Mat. “I don’t think there’s a band in America that are doing anything like what we’ve captured on this album so I want this to be a fresh take on heavy music for people all over the world to get into. This is the band we want to show the world that we are.”

“I’ve got a problem with bands that come from an area but don’t reflect where they’re from,” adds Lawrence, proud to plant the flag for British rock on whatever continent the band find themselves. “I know a lot of bands that will sing with American accents but we want to reflect that we’re not representing anything but exactly who we are. We’re British, we’ve got an album that we really think can shake things up and we’ve got a sound that’s ours and that we want to take and make successful all over the world.”
With a record of this quality, only a fool would bet against them. 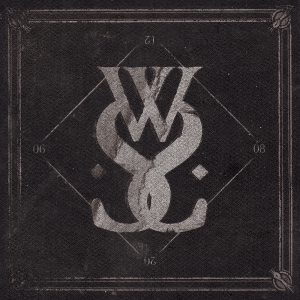 This Is The Six

This Is The Six
Official Store
Scroll to top