It takes just one listen to AxeWound’s Post Apocalyptic Party, the ferocious track they released as a free introductory download back in May, to make their intentions abundantly clear. Which is to say, they are a metal band… proudly, defiantly and unbendingly so.

Their pedigree is inarguably first class – since they feature guitarist/vocalist Matt Tuck from Bullet For My Valentine and singer Liam Cormier of Candian hardcore bruisers Cancer Bats, prime movers both in two of the most exciting bands to have emerged onto the metal scene in recent years.

The line-up is completed by drummer extraordinaire Jason Bowld (Pitchshifter), guitarist Mike Kingswood (Glamour Of The Kill) and ex-Rise To Remain bassist Joe Copcutt. Not surprisingly, they have already been branded a ‘supergroup’ in the press.

AxeWound see themselves in more precise terms. This, they say, is an outlet for them to make music that is more extreme than they can and do in their regular bands. Their inspirations for doing so hark back to a golden generation of metal acts – to such heavyweight names as Pantera and Slipknot.

“Those were the bands that I adored growing up,” says Matt Tuck. “They each had that ‘don’t give a fuck’ attitude. AxeWound is about us taking the same opportunity to do exactly what we want. Musically, lyrically, it is what it is – no boundaries or limits.”

The roots of AxeWound go back to 2010, when Jason Bowld filled in for Bullet For My Valentine drummer Michael ‘Moose’ Thomas on a brace of shows. He and Tuck kept in touch and last year began discussing working together on a project separate from the hugely successful Welsh metallers. They eventually got together in December 2011 to write the songs that make up AxeWound’s debut album, Vultures.

Cormier was the obvious choice to front and pen lyrics for these songs. He and Tuck had been friends for years, Cancer Bats having supported Bullet For My Valentine on numerous tours.

“There was no one else I even had in mind,” says Tuck. “Liam’s voice alone is just so vicious.”

The Vultures album was recorded in Cardiff at the start of this year, regular Bullet For My Valentine collaborator Martin ‘Ginge’ Ford engineering the sessions. From the outset, the aim was to work quickly and instinctively. In the event, they recorded 11 songs in 11 frenetic days.

“It was very intense, very demanding but that’s how we wanted it to be,” reasons Tuck. “No pre-writing, no rehearsing… just booking a studio and going in and doing a song a day. We wanted to capture something that happened right there and then.”

Says Cormier: “The record is great because it’s been made by a bunch of friends who are just enjoying themselves playing together and doing something that’s different to what they normally do.”

By any measure Vultures is a terrific debut. It is, as was intended, a thoroughly uncompromising beast: standout songs Burn Alive and the title track being driven by venomous riffs, the former in particular echoing the sort of thrilling assault administered by the likes of Slayer and Sepultura in their pomp. Yet Tuck’s melodic gifts are in ready supply too on hulking tunes like ExoChrist and the epic Collide.

“Doing what I do in Bullet, I know what people want in every sense from a band like this,” he says. “Whether they are fans of hardcore metal or of classic melodic metal. We’ve tried to encompass all of that into one brutal, nasty machine.”

There is as well a sense of weight and substance to AxeWound. Tracks like Victim Of The System, Blood Money And Lies and Church Of Nothing reflect on the state of things right now.

“Liam’s a very switched on guy,” considers Tuck. “He knows what’s going on in the world. Some of the things he’s written about here, you’re not hearing from any other metal band these days.”

Says Cormier: “I love that there’s a political side to what we’re doing. It’s not specific but it is saying that the world is fucked. That attitude completely fits with the music.”

Interest in AxeWound has been rabid enough for them to be featured on the cover of Kerrang! magazine and will intensify through a spate of live and festival dates this summer. The release of Vultures at the end of July will assuredly bring it to fever pitch.

Of course, with Matt Tuck also currently finishing up the writing of Bullet For My Valentine’s next record, it remains to be seen if AxeWound is to be repeated. But for now – and as the band would have it – it is what it is: a glorious one-off.

“This is what comes out when I’m given free rein,” concludes Tuck. “It was the right time to let my hair down… and let Satan compel me.” 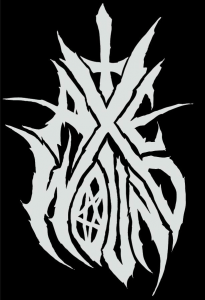 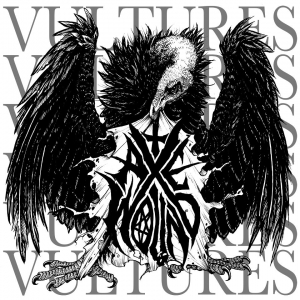